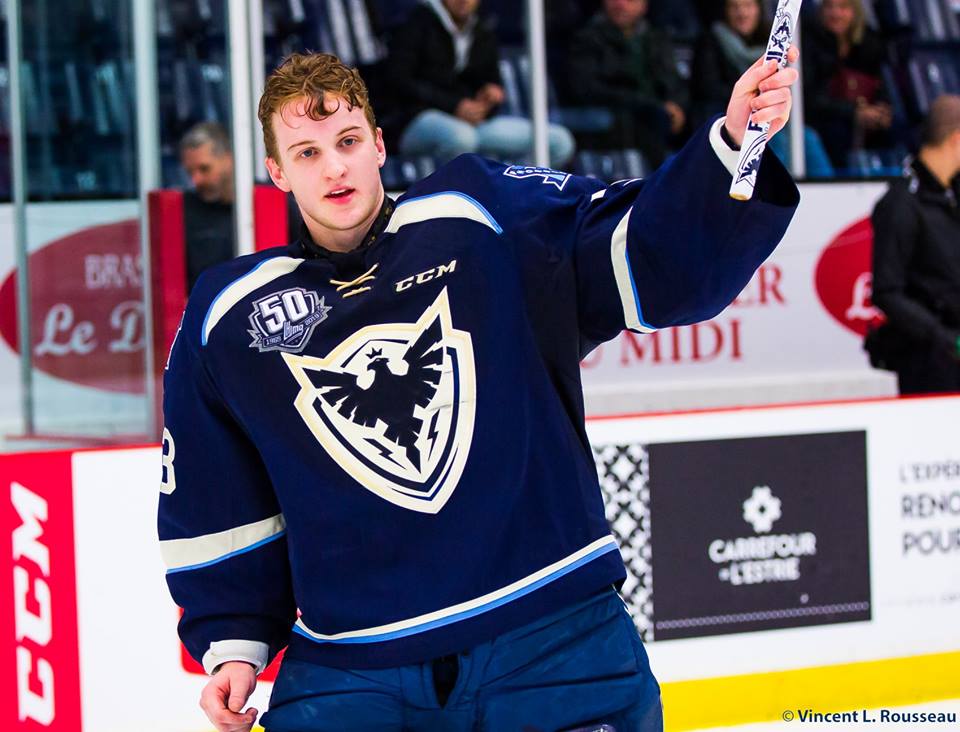 Sherbrooke, Que.– In a season that has not gone his way at times, Brendan Cregan kept his head held high and finally got rewarded. The 20-year-old made a series of timely stops to pick up his first shutout of the season in a 35 save effort, as the Phoenix went on to defeat the Blainville-Boisbriand Armada 2-0 on Wednesday night, in the first of two games between the teams this week.

“That was a huge win for us. We were down 2-0 with losses (against Rouyn-Noranda and Rimouski), so we wanted to get back in the win column and those are huge points since they’re in our division, so that was big. The guys played really well in front of me and I was fortunate enough to have a good game, so we just have to build off that and take it in to Friday against Rouyn,” said the Phoenix netminder.

Although the shot count was elevated, grade A scoring chances were hard to come by in a scoreless and physical first period. The Phoenix outshot the opposition, 20-11, however the Armada were able to keep the Birds around the perimeter of the ice, limiting any dangerous opportunities.

Blainville-Boisbriand had the better of the scoring chances in the second, but it was the Phoenix that found themselves up 1-0 after two periods of play. Samuel Poulin spotted Patrick Guay open in front of the net, and the rookie made no mistake, directing the puck past Gabriel Waked to give the Birds the advantage.

The Phoenix locked down in the third, and despite a burst of pressure from the Armada in the final minutes, Cregan held down the fort, while Oliver Okuliar filled an empty net en route to a 2-0 victory at the Palais des Sports.

Sherbrooke (3rd) now sits a comfortable nine points above Blainville-Boisbriand (4th) in the Western Conference standings. That being said, it will be important for the team to continue their winning ways and gain some momentum going into the new year.

“It’s not just a question of Blainville, but a question of picking up the most points possible from here until the Christmas break,” said Stéphane Julien. “There are a lot of distractions right now, whether it is trades, school, girlfriends sending texts about seeing them (the players) over the holidays, so it is important to stay focused and play well until the 15th.”