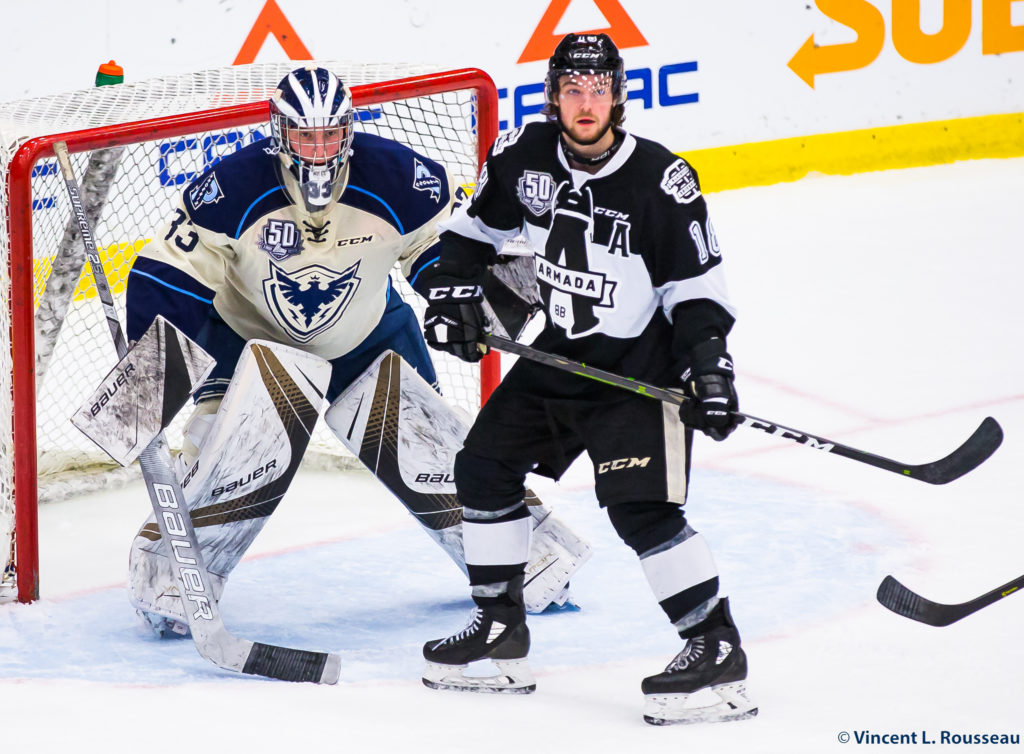 Sherbrooke, QC. – It was a near perfect first period for the Phoenix who found themselves up 4-1 after the opening 20 minutes. Then, the Birds were penalized. And then again, and then again. That was the story in this one as the Armada scored three of their five second period goals on the man advantage en route to a 7-4 win.

“Our goalie wasn’t at his best. It’s not acceptable to give up so many goals on so little shots. Every penalty was deserved. For me it’s selfish. It’s not playing responsible and it’s not playing as a team. We’re going to solve that,” said the coach when asked about the six unanswered goals.

Similarly to last time these teams met, the Armada dominated the middle frame putting the Phoenix in an unfavourable position for a third period comeback. Last time it was seven second period goals, this time it was five, which was still plenty enough to send the visitors home with the two points.

Brendan Cregan, who was honoured before the game, got the result he was looking for in his return to Sherbrooke. The former Phoenix netminder made 34 saves on 38 shots to backstop his new club to victory. Cregan did admit the nerves were getting to him after Sherbrooke’s hot start, but he was pleased with the way his team responded.

“They had a really strong start, so it was a little nerve-wracking,” said the 20-year-old. “Obviously it’s not the start we wanted, but that happens some games. I think we showed a lot of character battling back and I think we just played to our game plan and played our systems and it ended up working out for us. Obviously for me it’s personally a big victory and it feels really good to get, but for a team stand point they played great in front of me and I think we just showed a lot of character battling back today.” 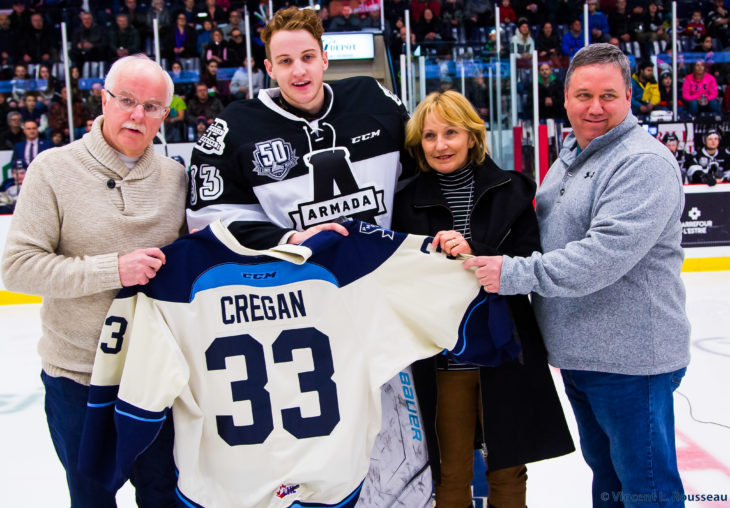 Alex-Olivier Voyer, Bobby Dow, Samuel Poulin and Félix Robert scored first period goals for the Birds, but that is all the offence they would get.

From there, Tyler Hylland took control for the Armada, igniting the comeback early in the middle frame when he scored his second of three goals on the afternoon. Miguel Tourigny, Alexander Katerinakis, Samuel Bolduc and Maxime Collin also added goals for Blainville-Boisbriand.

Thommy Monette was chased about midway through the game after giving up four goals on eight shots. Dakota Lund-Cornish relieved him of his duties. 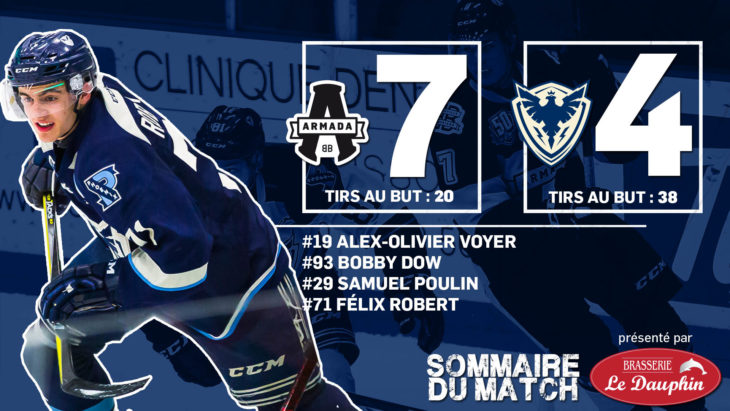 The Phoenix are in for a triple header next weekend. It begins on Friday in Victoriaville against the Tigers at 7:00 p.m.

2019 Playoff Blainville-Boisbriand Armada
Phoenix eliminate Armada to advance to Round 2!
12 months ago