#On The Road quebec remparts Win 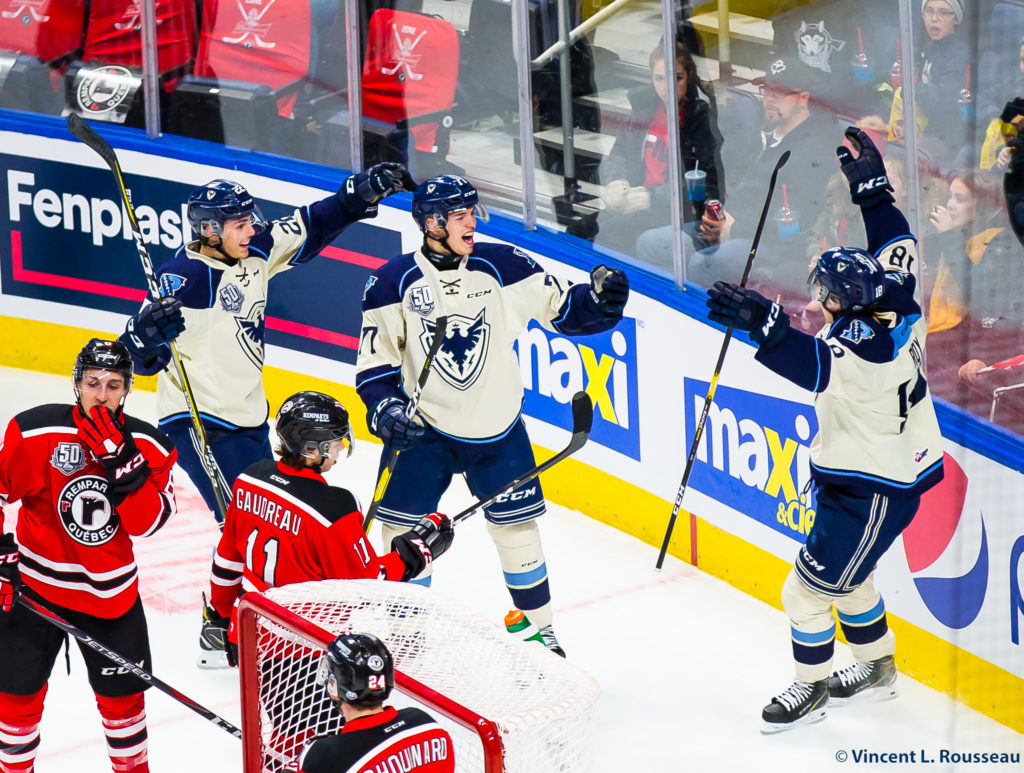 On December 15th, the Phoenix left for their Christmas break with a sour taste in their mouths, after giving up seven second period goals in a loss to the Blainville-Boisbriand Armada.

As they returned to the ice on Friday night, the Ghost of Christmas Past was out to haunt them once again. With a 3-2 lead early in the second period, the Phoenix coughed up four unanswered goals in the middle frame putting them in an unfavourable position to win the game.

However, the Ghost of Christmas Future had other plans, gifting the Birds with four unanswered tallies of their own en route to the overtime victory.

Bobby Dow scored two in the game, including the equalizer with 1:26 remaining. Yann-Félix  Lapointe, Olivier Crête-Belzile, Jaxon Bellamy, Julien Anctil and Taro Jentzsch were the other Phoenix scorers.

For the Remparts, Thomas Caron netted a hat-trick, while Gabriel Montreuil, Jérémy Laframboise and Pierrick Dubé also found the back of the net.

Montreuil beat Thommy Monette just 1:45 into the game to give Quebec the lead. Lapointe replied shortly after for the Phoenix, knotting things at 1-1. Caron then restored the lead for the Remparts at 12:39 of the first and they took that lead into the break.

The second period started just as the Birds wished, with two quick goals giving them a 3-2 advantage. Dow and Crête-Belzile scored just over two minutes apart from each other, putting the Phoenix up by one.

That lead quickly vanished though when the Remparts exploded for four goals in 4:57 to go up 6-3 on the Phoenix. Caron added two more to his goal total, giving him three on the night, while Laframboise and Dubé each buried one of their own. Brendan Cregan came in to replace Monette after the Remparts fourth goal.

Bellamy was able to cut the deficit to two before the period came to a close, cueing the comeback as he beat Kyle Jessiman short-side.

Sherbrooke dominated the final stanza, outshooting Quebec 14-2. Anctil deflected one passed Jessiman bringing the Birds within one, before Dow fired his second of the game into the top corner, tying the game at 6-6 in the dying minutes.

In the extra frame, Taro Jentzsch completed the comeback as he capitalized on a juicy rebound, sending the Quebec faithful home unhappy. It was Jentzsch’s first game back with the team since he left to represent Germany in their quest to qualify for the 2020 World Junior Hockey Championships.