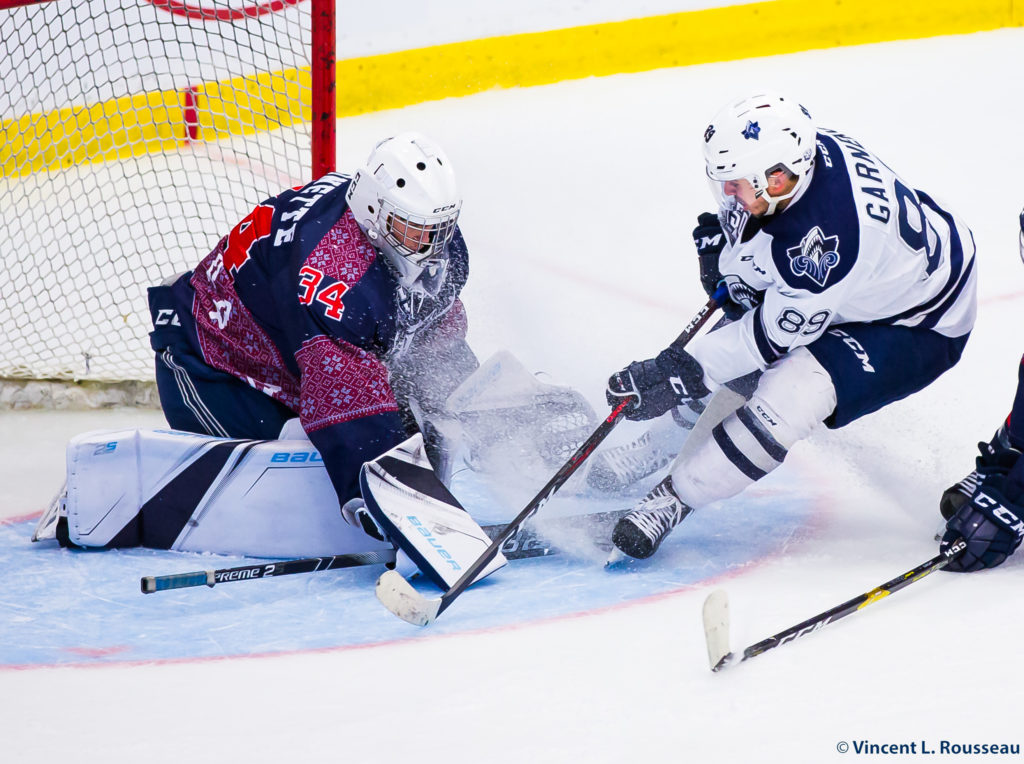 Sherbrooke, Que.– For the second consecutive game, the Phoenix cough up a two-goal lead and lose. A third period meltdown proved costly for Sherbrooke, as the Rimouski Océanic rallied back for four unanswered goals to defeat the Birds 4-2 at the Palais des Sports.

Discipline, or lack thereof, came back to haunt the Phoenix in the final 20 minutes. Going up against the league’s best power play, Julien’s men knew they had to stay out of the penalty box, but they did not. The game tying and game winning goals were both scored on the man advantage, early in the final frame, upping Rimouski’s impressive 33% power play efficiency and ultimately winning them the game.

In the early moments of the game, it looked like the Océanic were going to be the one’s looking back on their penalty troubles. At 1:28 of the first period, Cédric Paré went to the box for cross-checking. He was not in there for long however, as just seven seconds later, the puck was in the back of the Océanic net. Patrick Guay fired a wrist shot from the slot that beat Colten Ellis.

Not long after, it was Vincent Martineau’s turn in the sin bin. The Phoenix made him pay, as Oliver Okuliar found a streaking Edouard St-Laurent flying up the wing, who snapped one low past Ellis. The Birds came inches away from registering a third power play marker before the end of the period, but the Rimouski netminder was able to reach back and keep the puck out.

In the second, things started heating up and the Rimouski frustration was visible. They became much more physical and a fight broke out between Jérémy Rainville and Jordan Lepage. Lepage levelled Julien Anctil in open ice, so Rainville came to the defense of his teammate. Just before the end of the second, Yann-Félix Lapointe was called for checking to the head, causing a swing in momentum.

The third period was the Alexis Lafrenière show. The projected first overall pick in the 2020 NHL draft controlled the pace and was involved in all three of the Océanic’s early third period goals. It all started one second after Lapointe stepped back onto the ice following his penalty, when Lafrenière fed Anthony Gagnon back door, who tapped it in to make it 2-1.

Minutes after, Okuliar headed to the box for tripping, on a play he wishes he could have back. On the ensuing power play, Lafrenière shot toward a crowd in front of the net, where the puck hit off Jimmy Huntington’s shin pad and past Thommy Monette. After the goal, the officials penalized Ryan Da Silva for four minutes, for a play that happened prior to Huntington’s goal. The unusual scene caused the crowd and coaches some confusion.

“It’s a new rule this year that the officials can go back and review a high stick. I was aware of the rule, but it is the first time we have seen it this season. I find it strange, because I think it could have happened five or six times this year where the refs could have reviewed a high stick, but they did not so I find it odd that today they decided to use it,” said Stéphane Julien, when he was asked about the call.

While Da Silva was in the box, Lafrenière teed one up for Charle-Edouard D’Astous who fired a one-timer over Monette’s right shoulder, directly into the top corner. That goal proved to be the difference, as D’Astous sealed the deal with a late empty netter.

Da Silva picked up two assists on the afternoon, while Lafrenière collected three of his own, moving him up the ranks in the league’s points leaders. 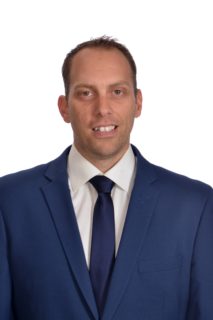 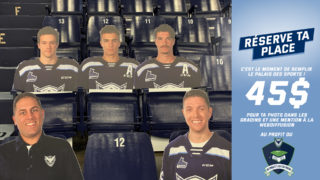 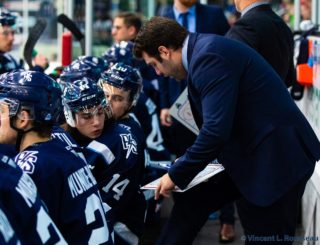 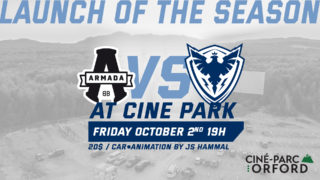 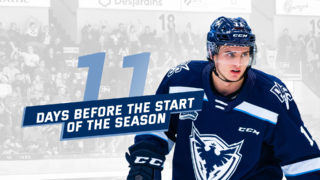 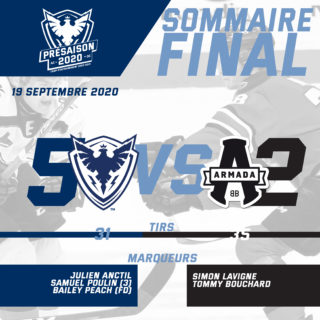